The beautiful Basque Country is a Michelin-starred mecca and gastronomy heaven, thanks to its sumptuous cuisine. A perfect way to sample lots of different flavors and recipes is by going out for pintxos in the Basque Country. The best Basque food is used in these truly scrumptious snacks.

The beautiful Basque Country is a Michelin-starred mecca and gastronomy heaven, thanks to its sumptuous cuisine. A perfect way to sample lots of different flavors and recipes is by going out for pintxos in the Basque Country. The best Basque food is used in these truly scrumptious snacks.

Know 12 best Pintxos and what are pintxos?

Pintxos (in Basque) or pinchos (Spanish spelling) come from the Spanish verb ‘pinchar’ meaning to poke or stab. That’s because these tasty morsels were traditionally served on bread with a toothpick piercing the middle to hold it all together. Going out for pintxos is an affable affair as you wander from bar to bar sharing small portions of delicious food washed down with a glass of beer, wine such as the local sparkling txakoli, or refreshing Basque cider. You will never run out of foodie options with thousands of pintxos ranging from typical Basque food to avant-garde cuisine to try. Here is our selection of the 12 best pintxos in the Basque country.

The first pintxo in history, the classic Gilda still takes pride of place in many Basque bars. The “gilda” was invented in San Sebastian as a tribute to Hollywood legend Rita Hayworth, who starred as the ultimate femme fatale in the movie entitled Gilda, and this pickled pintxo was described as being green, salty and hot in her honor. This sassy snack consists of a spicy-sweet guindilla pepper, a salty Cantabrian anchovy fillet, and a juicy manzanilla olive on a skewer. Three perfect bar snacks on a stick!

The Bay of Biscay supplies some of the best anchovies in the entire world. So it’s no wonder that fresh or marinated anchovies, known as boquerones, have inspired 1,000 types of pintxos in the Basque Country. Classic dishes are boquerones wrapped around plump green olives, or sliced red tomatoes and boquerones served on bread. These little fish also marry well with blueberry marmalade or fresh strawberries for an interesting sweet and savory taste sensation.

The Basques in Spain share their love of foie gras with the French Basques over the border. Rich, velvety, grilled foie is often served in pintxos with sweet apple or seared and served on crusty bread. The foie pintxo is one of the most cherished delicacies in the region.

Often the simplest ways of cooking mushrooms are the most enjoyable. Here, the mushrooms are fried, perhaps with olive oil, garlic, parsley or onions, to provide a moreish, meaty dish which tastes good and is low in fat. The mushrooms soak up the olive oil, so the better the quality of the oil, the more intense the flavor.

These fried strips or rings of squid in a light batter are the perfect finger food. Dip in garlicky, creamy alioli; enjoy with a squeeze of lemon juice; or eat them as they come. This is the go-to pintxo of choice for students and families with children because they are made for sharing.

This is one occasion where you should trust your nose rather than your eyes when sampling food. This famous Basque Country pintxo is poached squid tinted with its own ink to enhance the natural flavors of the sea. It’s one of the few gastronomic dishes which is black, hence the reason some people are put off. Locals love it and once you try it, you’ll appreciate why it is so popular.

Known as the ox of the sea, txangurro is the name for the delicate spider crab. There are several traditional Basque dishes featuring shredded crab meat. Ones to look out for are Txangurro a la Donostiarra – crab meat in a tomato-based sauce sprinkled with breadcrumbs – or simple crepes and croquettes made with spider crab meat.

Many of the best pintxos in the Basque Country are simple fare so you can taste the freshness and quality of the ingredients. Brocheta de gambas is no exception where grilled prawns or shrimps are served on crusty bread. There may be a drizzle of olive oil, garlic or salt. But that is all it needs.

Packing a meaty punch, these slow-cooked beef cheeks are often cooked in a reduced red wine sauce served with creamy mashed potato. This rich dish needs a bold drink like a full-bodied Rioja alongside it.

Farmers have been making Idiazabal cheese from the milk of the native Latxa and Carranzana sheep for more than 8,000 years. This is where you get a true taste of traditional Basque cuisine. The smokey, nutty cheese is perfect served on its own; with a drizzle of quality olive oil; accompanying a wafer-thin slice of jamon; or providing melt-in-the-mouth goodness in the center of a soft croquette.

Do not confuse the Spanish omelette with the Mexican tortilla, they’re absolutely different foods! The Spanish tortilla – in case you are in the Basque Country you should order a “pintxo de tortilla” – is made with three basic ingredients: potatoes, olive oil and eggs. There are many variants – some have onion, the eggs proportion differ, some are thin and others are thick, etc.- so they come in varying degrees of perfection and flavor, but by far the tortillas made in Bilbao are our favorite. Why? You should travel all around Spain and make a master in tortilla española and as soon as you visit Bilbao you’ll make the difference; they melt in your mouth, they are creamy and always freshly made. The tortilla is one of the most sought-after pintxos in Bilbao.

Yes, cheesecake is a very popular dessert in the Basque Country too, but here it is crustless, baked in a hot oven in a double boiler (bain Marie baking method) so the batter solidifies in a creamy and melting cake. For many the one made at La Viña in San Sebastian is the world’s best; and we never miss a bite at the end our pintxos tour, will you miss it?

Hope you love our list about the 12 best pintxos! ¡Buen provecho! (Bon appetit!)

Two tips to consider when in the Basque Country:

1. Are pintxos always presented with a toothpick? The answer is no, the toothpick is used where necessary to hold the entire piece, but a pintxo is a miniature, something you can eat in or two bites maximum.

2. Should I count the toothpicks to get the bill? Again, no, your server will count what you have, don’t worry and simply enjoy! 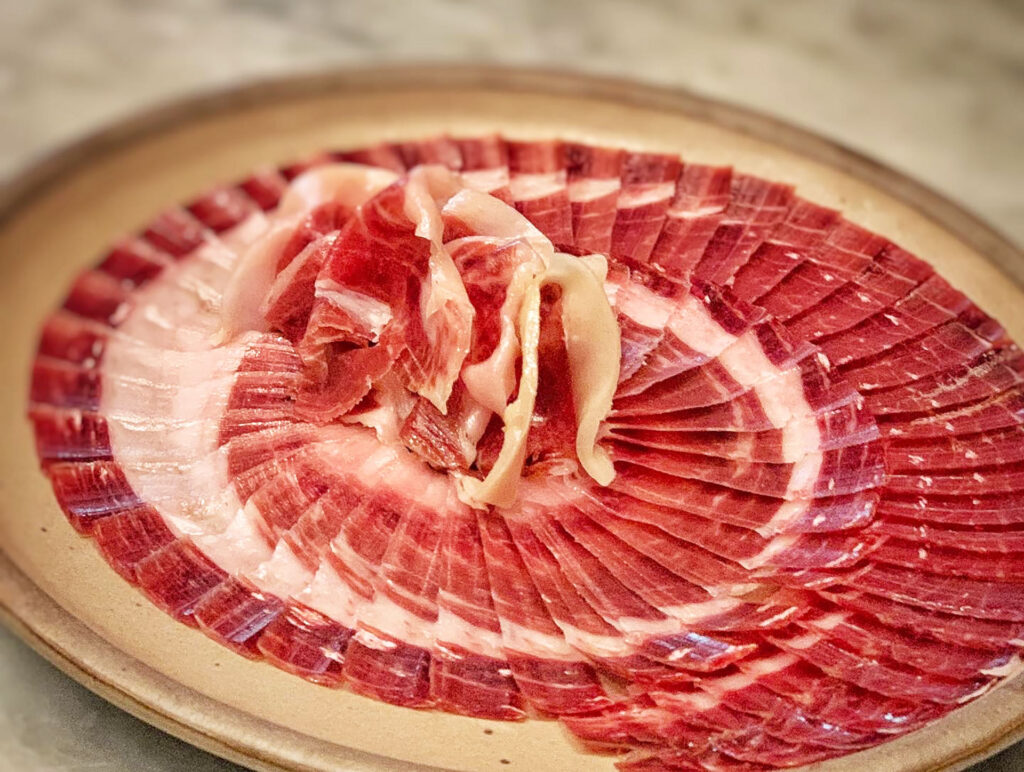